Hero Action: Discard an ally your control -> deal damage to an enemy equal to that ally's printed cost.

"Spider-Man's banter can get on your nerves, but I tell you what - that kid never quits." — Captain America
War Machine(워 머신) #19. 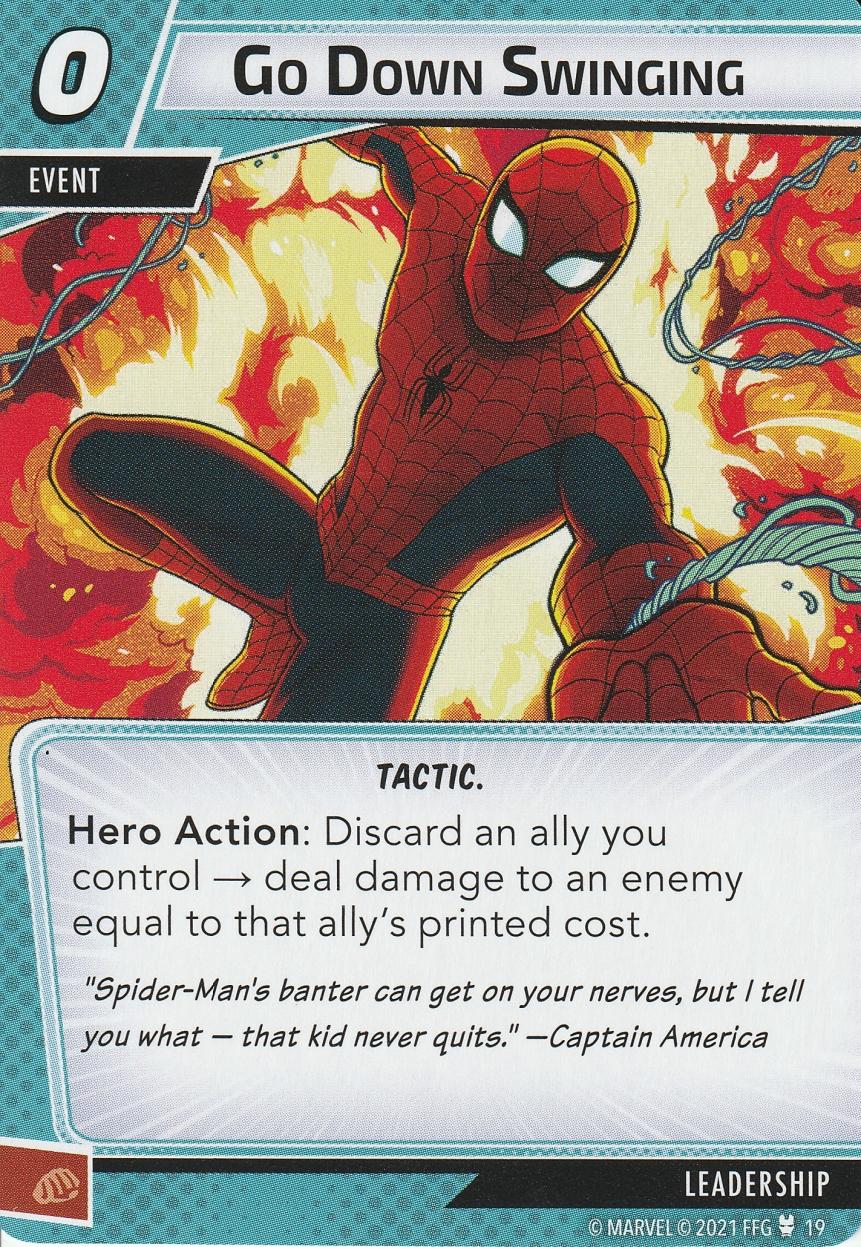 An interesting design in the same vein as Last Stand that gives you a powerful damaging option with the last health of your ally, which is usually saved for blocking a villain attack. As far as total damage output is concerned Last Stand is usually better - consider a 4-cost 2-ATK hero, or 5-cost 3-ATK hero, Last Stands uses that final hp for 1 more damage than Go Down Swinging would. But if you need that ally to scheme for the turn, or you need a bigger burst of damage, Go Down Swinging does more damage in the short-term.

Captain America is certainly the best ally to use Go Down Swinging with, and I'd be tempted to run a few copies in any deck with him. Rapid Response and Make the Call can help ensure he will be out when you draw GDS. I also like a situational card like this to tuck under Black Panther for the perfect moment when you need that burst.

Stretch22 · 203
I generally agree that Last Stand's guaranteed 3+ damage is better. This one doesn't require an attack though, so it could be a safer choice against some villains. Besides Cap, it's also better on Goliath. It's also situationally better with Fury if you don't plan to attack with him but still want the extra damage. You probably need Sneak Attack to be able to afford that combo, though. — RabidHobbit · 5 12/6/21
Make the Call for Captain America seems questionable, with his printed cost being 6. — Fry · 103 1/14/22